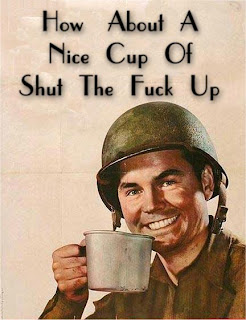 Today's topic is one that I hold close to my heart, the use of the English language.  English is a horrible bastardization of German, French, Latin and a half dozen other dialects that results in a wildly popular pidgin mess of beautiful chaos.  We've got words that mean twelve things, we've got words that mean nothing (Deceptively is deceptively deceptive!) and we've got words we're absolutely positively no matter what not allowed to say in public otherwise our mothers will wash our mouths out with lye soap.  But let's hold back for a moment and think about that.  There are words we have been told all of our lives not to say, and so we don't say them.  Is there anything wrong with that?  I believe that it's a personal choice on whether or not you cuss like a sailor or have a tongue as pure as a virgin nun's wet dripping snowcone.  Now the problem here is when whether or not you spout off like a woman giving birth is some elses' choice and not your own.

I'm talking, mainly, about Licensed Media, with Games Workshop's Black Library publications coming immediately to mind.  No matter what else may happen in the story, not a single daemon or chaos cultist, rugged adventurer or dying space marine will ever mutter a four letter word.  Why?  Should I even have to ask?  Honestly, it's obvious, isn't it? 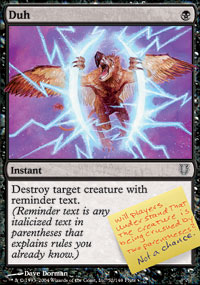 For God's sake, Carrie, children read these books!  You can't put vulgarity in there where children can read!  Of course, how could I be so stupid?  Obviously we wouldn't want the children reading these books to repeat language they read in a book written about a game.  So absolutely no curse words.  None.  Instead include another scene where the protagonist skins a small child alive and hangs his body from a lamp post.  Now that's a great idea!

Sarcasm much?  I know, I know.  I just find it weird that in a setting that exalts ultraviolence and genocide there can't be any naughty words, and any kind of sex better just be alluded to.  Now it's true, some books might be a little bit more sexually oriented than others, but there's never anything explicit.  Now while I'm not saying that there should be graphic sex in every novel, I do find it a little bit odd that death, murder and mayhem is more socially acceptable than tits.

So, I want to go back to that metaphor I left hanging in the air back in the first chapter.  You say a curse word, and your mommy washes your mouth out with soap.  Now, what would your mommy do if you showed everyone your private bits?  She'd probably get very embarrassed and lock you up in your room while she sat in the kitchen drinking her life away and wondering where she went wrong.  But what would she do if you tortured a man to death so brutally that his dying screams summoned an army of the damned from a thousand light years away?  (That's Lord of Night again, I get a lot of mileage out of that one).  Well, if she didn't pat you on the back and hand you a cookie with a friendly, "Good job, kid" then she's not Games Workshop.

It's a common thing in media that while graphic violence is ok, sex and cursing is not.  Well, unless you're on Starz.  And why is that?  I think the answer is obvious.

PS: Up there where it says snowcone it should say cunt.
Posted by Commissar Carrie at 7:08 PM