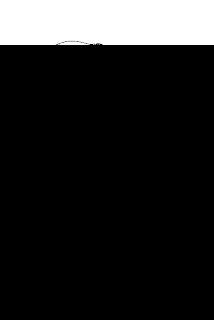 TASK FORCE: VALKYRIE
Finally the secret project I have been ambiguous about is revealed after months and months (personal issues of the artist) not to mention all the other bits of quiet I am going through right now.  The artist has been in a state of desperation about getting an American visa and moving, which has caused a lot of delays and hiatuses from her.  My own issues, employment being the number one, have been affecting my ability to work closely with her as well.  But anyway, enough excuses, let's hear about this secret project that's had me all tied up in knots.

Myself and Raylene, my good personal friend, have collaborated together to create something that I have wanted to do for a long time, a comic book.  That up there is the working draft (unfinished) of the cover for "Task Force: Valkyrie" a superhero comic about an all female team of heroes sent out to scout and recruit newfound powers into the superhero community.  I have, since I was a kid, been a comics nut.  I started on the teeth gritting ambiguously fingered Rob Liefield work of the nineties with all the various X books and have moved on from them into the awe inspiring Gail Simone books, the beauty in the face of ruin tales of Warren Ellis and the eldritch screams of Alan Moore as he summons the snake god onto the comic page.  They were my very first love (besides Henry James) and I still hold them close to my heart, as anyone who follows War Dolls can attest to.

"Task Force: Valkyrie" is the tale of four superheroic women of different backgrounds coming together to mutually dislike each other and be the absolute worst PR team in history.  The team leader, Snazzy Girl, pictured front, is a no nonsense pretentious alpha bitch who comes off as more passive aggressive than actually effective.  To the left is Bruiser, a smiling moron who gets by solely on the fact that she can punch a hole in a bank vault and walk through hails of gunfire without any apparent ill effects.  In the back is The Canopener, an angsty, anti-social teenager with severe self-image issues and a bad temper and finally, in the glasses, is Ultimate Girl, a tabloid super heroine who shows up on more red carpets than crime scenes.

I don't want to give too much away at the moment since this comic is going to show up in full color on this very blog soon enough, but the first plotline involves the team trying to recruit a powerful alien being to the side of good while a menacing evil presence works from behind the scenes to make sure that the alien destroys the team instead.  Please look forward to it.  It's far from completion, but I will update here with different sketches and page concepts as the comic moves forward until everything is set for a full public release.
Posted by Commissar Carrie at 4:30 AM